The Fury of The Aquabats was released in 1997 by Goldenvoice Records and Time Bomb Recordings. It is also the only Aquabats recording with Baron von Tito, otherwise known as Travis Barker (of blink-182, +44, transplants, and box car racer fame) on drums.

The CD is avalible on the Gloopy website at gloopy.industries. 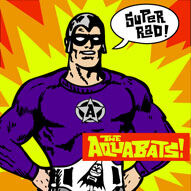 My Skateboard: Which was for promo use only

Retrieved from "https://theaquabats.fandom.com/wiki/The_Fury_of_the_Aquabats!?oldid=14784"
Community content is available under CC-BY-SA unless otherwise noted.