The Aquabats originally planned to release 9 Limited Edition 7 Inches, but, Goldenvoice Records had to discontinue pressing these due to financial losses in their promotion company ( I.E. the highly acclaimed Coachella Festival). Each disk has the face of the named Aquabat on side A, and a comic-style cartoon depicting the Aquabat and some type of villain on side B.

Ultra Kyu vs. The Sandfleas 7" Edit 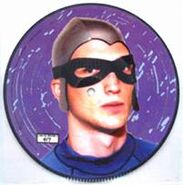 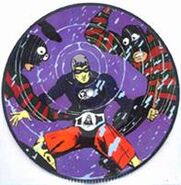 Side B
Add a photo to this gallery 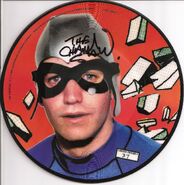 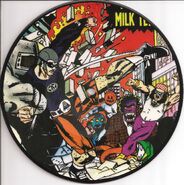 Side B
Add a photo to this gallery

The Aquabats believe everyone should own at least three of these.

Retrieved from "https://theaquabats.fandom.com/wiki/The_Aquabats_Limited_Edition_7_Inches?oldid=12036"
Community content is available under CC-BY-SA unless otherwise noted.