Super Rad is the first track by the aquabats in 1997.

I've got a small friend
Who has a fat friend
Who had a big friend
Who gave birth to many friends.
With our flashlights to the sky
We waited for them to land.

I got two tall friends
Who know my small friend
Who seem to have a problem with you.
They got roman candles
Bottle rockets for the vandals
Who covered our lockers in glue.

(Bridge)
We're on our way, here we go!
We're gonna take over!
Set it off one last time.
Here we come again.

We were strangers
And we were pilgrims;
Role models of the family man,
Pioneers and patriarchs,
Patriots and matriarchs,
Stinking up the promised land.

Our little army
We were commandos;
Guerillas with decoder rings.
We felt some opposition
From some villains
Who were wishing
They could be cadets and kings.

And if we die
Before the battles through,
Tell your mom, tell your dad
We were Super Rad! 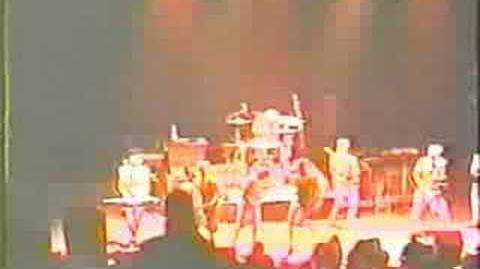 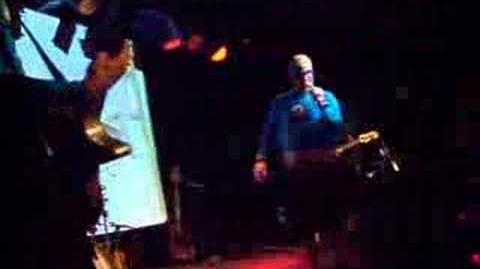 Retrieved from "https://theaquabats.fandom.com/wiki/Super_Rad!?oldid=14638"
Community content is available under CC-BY-SA unless otherwise noted.