ONLY TWO WEEKS REMAIN UNTIL THE END OF THE WORLD!! 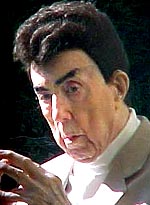 Scientists, hard at work in an underground laboratory have discovered evidence that the inhabitants of the planet Earth have only two weeks left until the end of the world as we know it. Professor Smacky McYakum of Belgium reports that after the 31st of July, the world will be a different place due to changes. "Things are changing everday." Says Dr. McYakum "People are growing older, childeren are being borned, and the ice is slowly melting. But the most significant change will be when The Aquabats take the stage at the El Rey Theatre. There will be a movement in the bowels of the earth. Literally, an earthly bowel movement. People will groan." Well, we don't know if this is completley true, but The Aquabats are playing on the 31st at the El Rey. Not only that, but they've also added the band Rudiger to the bill. Professor McYakum says "I love Rudiger! I had it twice with Saurkraut last week!"

Also, just added to the change in earthly pressure is SIX NEW ABAY AUCTIONS!!!!! That's right kids, we thought it might be a good idea to auction off some actual gear worn by The Aquabats before the show so some slick homeys could "reprezent". So get crackin' on those auctions and buy a piece of history before it all comes to a tragic end.

Speaking of a tragic end, we're finishing up those demo songs to give away, so make sure you get there early and be one of the first 100 in line. I'm sure if you can't get one, they'll be available online somewhere before the show is over.

Stay tuned kids for more updates coming soon! And we mean it this time.

Retrieved from "https://theaquabats.fandom.com/wiki/2002/07/15?oldid=11495"
Community content is available under CC-BY-SA unless otherwise noted.