Greetings homeys throughout the world! It's been over month since we've had any real news to report. Although we may have been able to relay news earlier, we've been bottling it up like pickles in a jar, ready to pour juice (i.e. news) all over you. So let us begin.

First and foremost, once again a fantastic tourdate at the fabulous El Rey theatre in Los Angeles, CA has been confirmed for July 31st. If you've ever attended an El Rey show, you know that it's a special experience, and we hope to not dissapoint. We've been working really hard, trying to write songs in-between wrestle practice, archery tournaments and our day jobs. We've even been going to a few La Maz classes just for fun. At any rate, we've recorded a few demo songs, and we would like to offer a free copy to the first 100 kids at the show!! Now remember, these are just demos. That means "a demonstration" of the rough idea of what the song could sound like. Demos often change dramatically, but as of this writing, we have a few that are decent enough (we hope) to give you a little nibble. So remember, kids. buy your tickets now, and get there nice and early to recieve a free copy of a few new demo songs. We'll also put part of one song up to download, so that you can memorize the words and sing along with us at the show.

That brings us to another bridge to cross, and that is future tour dates, I guess. We get a lot of E-mails of kids asking "When are you coming to England?" or "When are you coming to Japan?" or "..The East Coast?" or maybe "...my town, my street?" Anyway, kids, this is something we all must come to grips with... are you ready? The Aquabats want to tour really bad. But we can not tour until we have a new record to tour behind (that means promote). And, we can't put out a new record until we get picked up by a record lable that wants to put out our record that we want to tour behind. And, we can't get signed by a new record label until we finish more demo songs to impress them with, so that they will put out our record that we want to tour behind. And, we can't finish songs if we have to work jobs during the day and then in our free time play shows that are heavy laden with old songs, because we have no time to write new songs, because we're so busy answering people who ask us when we're going to come to play in their town. Whew! That took a lot out of me. But you can basically see our dillema. It's tricky, kids. It's tricky to rock around. To rock around, it's right on time, it's Ricky? -->

Hey look what we found! There's this game called Freedom Force on the PC, and someone made some killer skins in the semblance of The Aquabats! check it out here!

While we're on the subject of cool fan-made stuff, be sure to watch the fan-made Flash Chemical Bomb video if you haven't already! There's also a cool video for Robot Theme Song. Mad props to super friend, Paul Gallo for making them!

Ok, well. Now that that's out of the way, there will also be some new items of merchandise that will be available at the show on the 31st that have previously been unavailable. These items may include some cadet gear, but that's just a weird rumor. We also heard The MC Bat Commander is trying to sell his paintgun to pay for pressing of the free demos. Check on our aBay section soon for some amazing auctions. We also have just acquired a digital camera, and will be updating previously stagnant parts of our site - such as our Friends and Foes section. this guy already ate a shirt... and the kid that was wearing it!

In fact, The Bat Commander has stated that if the Friends and Foes site doesn't have new stuff on it by the 31st, he will officially eat a New Found Glory T-shirt on stage at the El Rey. Eeew! 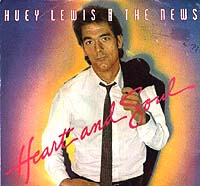 Speaking of pop-punk. What exactly is "pop-punk"? Is it really as "fresh" as some people would have us beleive? Is music really punk if they use it at a pep rally? And while we're at it, what exactly is "ska-punk"? Is Beck ska because he has a horn section? Or what about Huey Lewis? And as long as we're going for it, what exactly is "The Power of Love"?!
Retrieved from "https://theaquabats.fandom.com/wiki/2002/07/09?oldid=11494"
Community content is available under CC-BY-SA unless otherwise noted.